Lock Her Up: A Teenage Tragedy…nah 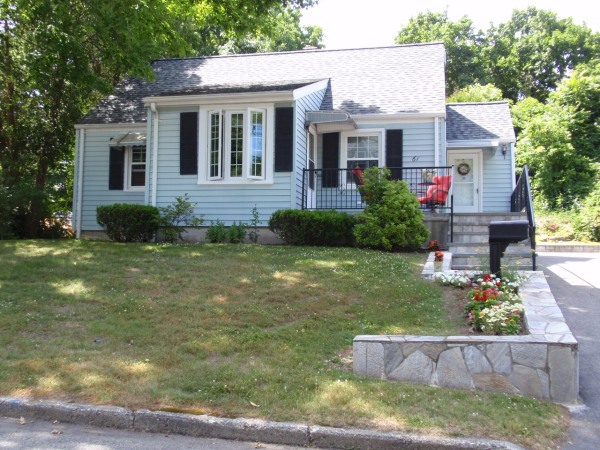 The old house looks better than ever now.

I spent the first twenty years of my life in a post-war cape cod style home with four finished rooms and two unfinished attic bedrooms where my four brothers slept. Those boys froze up there in the winter–it was New England after all–and in the summer, it was steamy.

My sister and I shared a room across the hall from our parents. The boys hated that we got to enjoy both a heat register and the cooling effect of the old silver maples, sleeping on the first floor, and thought we were spoiled. But we were just girls. And besides, they got away with all kinds of shit up there that we couldn’t get away with downstairs. Our parents weren’t dummies.

Across the street from our house, behind the neighbors homes, was a Pond.

When I was growing up it was known as Niggs Pond, but it has since been renamed Walker Pond, in Milford, Connecticut. I did not know the origins of the name and scoffed at the legends–a black man drowned there, or another was lynched. I found those stories unlikely and offensive.

Try as I might I never could find any real historical explanation for the name and for a time thought it might be referenced to an old village and parish in Scotland, which just might be so as Milford is also a village in Surrey, England and those roots run deep in this colonial town in Connecticut which was settled in 1639.

In the good cold winters of  my youth, we engaged in some fun snow play at the pond– sliding down the hills on our flying saucers and flexible flyers, gathering around bonfires under freezing cold night skies, and jamming as many humans as possible on a single toboggan before flying down the hill and onto the ice. God save the last person to squeeze on. They were usually the first to fly off into space when the going got rough. I’m a witness.

My favorite activity by far was ice skating. This was the era of twelve foot long scarfs, and I still remember the whips we would form. A line of warm bodies all clutching the scarf and skating in unison until the line turned sharply at some point sending those at the ends into centrifugal motion, whipping them across the ice at high velocity. Such fun!

In the summer the pond was chock full of sunnies and catfish, painted turtles, bull frogs and black snakes, and some pretty formidable snapping turtles too. My brother Dana brought home at least one of each for a pet at one time or another, and even came home with a chicken he named Harvey and who was a fun family pet, until he froze to death.

Nigg’s Pond wasn’t a swimming pond. It was too murky overall and got slimy in the heat. But it was water and trees and birds and squirrels and once, only once that I can recall, a great blue heron. And while it pales in comparison to the lakes and ponds I’ve been privileged to observe in my adult life in the west, it was shangri-la enough for me as a kid.

When I was  a teenager, Nigg’s Pond was party central, a speak easy and infamous gathering place for Milford teens. Kids from other neighborhoods would visit from time to time, but the regular crew was just local kids. For the most part, we all went to the same school, with the exception of a few poor souls who were enrolled in Catholic or Prep schools.

And while we were not a gang, just a loose bunch of friends, we had monikers– the “pond boys” and the “pond girls”. We still refer to ourselves in that manner at times, and stories about those days often dominate the conversation when we see one another.

The Pond. We owned that place.

Except when the neighbors called the cops to complain about our noise.

The cops weren’t particularly stealthy though. We could see them coming with their flash lights blasting through the darkness of the woods and we would douse our cigarettes and ditch our beer cans in the brush, and beat feet out of there. Once, when we decided to hold still and be defiant, we all ended up at the police station. My friend Kim and I were fifteen, our birthdays only two weeks apart, but she lied and told them she was sixteen and then so did I.

When we got to the station and fessed up that we were really fifteen, the police were exasperated. They couldn’t detain minors, and, had they known we were underage earlier, would have probably just driven us home and had a little chat with our parents. But now here we were at the station and what to do??

The young policeman called my father and told him he had me at the police station.

“I’m not coming to pick her up. You can keep her there.”

“But sir, we have no detention facilities for minors”–especially girls is what I’m thinking.

“Well I am not coming to get her so you can lock her up as far as I’m concerned.”

Oh great. Now I’m crying. I hate my hard-assed old man and I know I am gonna be in huge trouble if and when I finally do get home.

So the rattled officer calls Kim’s father, Joe, who is a roofer and a musician and like the coolest daddio on the planet as far as I’m concerned.

“Yes, I’ll take Ilona also and see that she gets home to her parent’s.”

Easy Peasy. Told you he was the coolest daddio on the planet.

I believe another phone call was made to my father to explain that I would be coming home and not staying in the joint that night and I guess Dad agreed as long as he didn’t have to come get me.

I remember the ride home with Kim and her father. I remember being depressed and feeling un-loved and concerned about my future.

I remember Joe Capello being incredibly kind and possibly being concerned about my future too. I think he might have been wondering what kind of hard assed old man would leave his daughter in the klinker overnight for a minor offense.

Funny thing is, I don’t remember what happened when I got home. The old man was probably pissed off. He might have given me that look. He might have grounded me. Maybe he yelled. If so, he probably swore a lot. I don’t think he laid a hand on me.

He also might have shook his head and chuckled, his “that will teach you” chuckle. He might have uttered those words that left me cold and clammy and seething with teenage resentment:

You wanna dance, you gotta pay the fiddler.

In other words, your actions have consequences.

God I hated those words, and shortly I would learn that lesson in the hardest way.

But for the time being, I was home again, sleeping in my own bed, feeling a little wounded, and wondering if my father loved me at all.

He did. And he would prove it over and over again as time went by.

Maybe he wasn’t the coolest daddio on the planet, but I was his daughter and he was my father and it was his job to take care of me and try to lead me down the narrow path, which wasn’t an easy task. But it was his, and he did it the best way he knew how. And now I can say without any reservation that I love him for it. 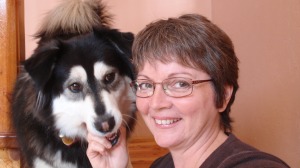